You bring the adventurous spirit,
we'll supply the archaeology!

Sure, the field work is the first step and very important to do as accurately as possible, but we spend even more time on identifying and testing artifacts and samples, creating maps of the site and landscape, packaging and storing materials, writing reports...  There are many skills that go into a successful archaeology survey and project!  We spend a lot of time outdoors too - walking, visiting locations that maybe don't entertain humans too often, seeing wildlife, getting stuck in the mud, persevering through rain, snow, hail, 100+ degree temperatures...  Being close to nature makes everyone better, but it can also be scary - we've encountered rattlesnakes, bears, mountain lions, feral dogs, and one of the worst creatures of the region - the No-See-'Em biting gnats!

What is "Conservation Archaeology"?

You might never have thought about Archaeology in the real world.  Archaeology was first protected in the United States in 1906, when it became illegal for any person to dig in or excavate sites on public land without formal permission.  New Mexico wasn't even a state yet!  Unfortunately all of our territories, disputed land, and different states being recognized at different times made laws like this hard to enforce and totally unknown to most Americans, so sites continued to be looted, damaged and destroyed by treasure hunters as well as by people who didn't intend to cause damage, but were simply not trained in appropriate methods.  It took until 1968 before this problem would be addressed, with the passing of the Environmental Protection Act.  Most people think of endangered plants and animals in relation to this law, but part of it specifically identifies that all prehistoric and historic sites, cultural and religious areas that are still recognized or in use by modern Native groups, and landscapes of significance are protected.  This means that any activity that could affect these sites can not take place until the sites have been documented and evaluated for additional protection, and that kind of work can only be done by professional archaeologists.

Most of the land in the Western states (95% of San Juan County!) is publicly owned.  The land managers could be the Bureau of Land Management, National Forest Service, National Park Service, National Monuments, Wildlife Refuges, Reservations, various types of State land such as State Parks, and even County and City land areas are all types of public land.  Public land is one of our greatest resources, because it belongs to everyone for exploration and recreation, but it is also available for all kinds of development and construction that makes our modern lives enjoyable, livable and convenient.  All that development and construction means thousands of sites could be impacted.  Archaeologists walk through the area of impact, document all of the cultural evidence that is visible on the surface (No digging allowed! Even for us! That's why we need all the artifacts to be left on the site where they were found, because when people take them home, we have nothing left to tell us the age, culture or activity that created the site!), and recommend if the site should be preserved for future research, or if its potential is limited and it doesn't need to be avoided by construction.  On some occasions, the land manager requires excavation, but due to the enormous expense and amount of time that is needed, excavation of sites is only used today if the site can not be protected by adjusting the location of the construction to avoid damaging it, and is EXTREMELY rare.

Better known as DCA, the Division of Conservation Archaeology has been the "Wizard Behind the Curtain" for as long as anyone can remember.  While the museum, its educational outreach activities, and the work to maintain and preserve the Salmon Ruins site and all of the grounds is all part of a non-profit organization, none of that work would be possible without the support of our contract archaeology firm.  The crew at the Division of Conservation Archaeology are some of our hardest-working employees, but visitors rarely see them or know what is really happening behind the scenes.

Sites that have part of a structure - a house, pueblo village, barn, wall, etc. - might need to be repaired at intervals to keep them from collapsing further, or to allow visitors to get "up, close and personal" with the site.  Unlike a modern house, however, you can't just use the tools and supplies that are readily available at your local construction supply store.  The result would appear "fake" or "reconstructed" rather than an authentic site that has survived through the millennia.  Ruins stabilization is the art of using accurate and authentic materials to repair or replace parts of a structure before it falls apart so that it doesn't need to be artificially reconstructed.  The materials have to match the originals as precisely as possible.  If possible, tools that are appropriate to the time period will also be used.  Every project must be uniquely organized to meet these qualifications.  Members of our archaeology department are specialists in Ruins Stabilization, and have worked not just on Salmon Ruins but also on numerous Navajo Pueblitos located on State and Federal land, and Chimney Rock National Monument, among many others in the Southwestern region. 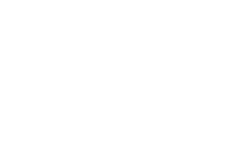